Although yesterday morning was colder than Saturday’s evening I ventured down to Bellamy Harbor to capture the sunrise. Another cloudless outing, which to be honest, feels a little boring as far as an image goes. I walked to the edge of the canal next to the flow control gates to get my typical morning view of the harbor. I grabbed a few images and wasn’t necessarily “feeling it” so I headed back toward the car. About half way back I stopped to see if I was missing anything and realized this is the view I wanted. Some natural framing to the harbor added some interest to my image. The morning was not a complete wash… 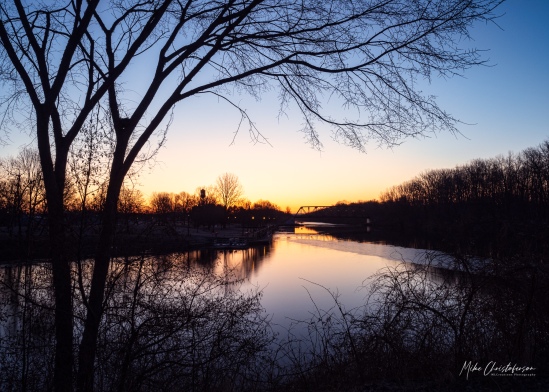 Welcome to my little corner of the internet where I will be chronicling my exploration of photography. I do not have a specific topic or style so the posts will be eclectic and random. I hope that as this site grows you will see improvements in both my photography and my writing.